The silence was deafening. (At least in my own head.) Yesterday was the opening Salvo of a final two-day meeting of the “negotiated rulemaking process” (aka Reg. Neg.) to determine ORV and pedestrian access along Cape Hatteras National Seashore. (I spewed about this before in the magazine; and things aren’t looking good for access, by the way.) Each day they allow an hour or so for public comment, and I’d offered to take another crack at pitching surfers’ interests. Unfortunately, I didn’t have much concrete to work with. (Nothing like the local business owners and county commissioners who preceded me could point to “30 percent drops in sales” and “10% drops in tax revenue.”) knowing I was going in less armed against the opposition, I reached out to some of the biggest guns I know to write letters for me to read: the Hobgood brothers and Kelly Slater. CJ and Damien actually own a rental house on the Outer Banks; and Kelly, well, he routinely claims Hatteras as the ‘mecca and Pipeline’ of his competitive youth. I figured, if I couldn’t quantify the area’s importance in numbers, I could at least say: “If Tiger Woods told you one of his favorite courses in the world was in Hatteras, you’d take his word for it.”

Which is pretty much what he said. In fact, he said a lot more. Pretty bitchin’ I’d barely given them a day, and this was right in the middle of the ASP Banquet; mere hours before the kick-off of the 2009 contest season. Hell, Kelly must’ve been getting drawn-and-quartered by PR responsibilities right but he still chimed in, which goes to show just how much all three care about surfing on the Outer Banks. I honestly can’t thank them enough.

Now, HERE’S THE LETTERS:
CJ AND DAMO (slightly edited out of ‘blackberr-ese”)
The first thing my brother and I did when we signed our first pro contract ten years ago was buy a house in Avon. And we did it for one reason: the waves. Their power. Their quality. Their variety. And the freedom to enjoy them all. That freedom and access is the whole reason people come to the Outer Banks. Please consider all of those elements when you're making your decisions. And keep the Outer Banks special.

KELLY’S TAKE:
I'd have to say it'd be absurd not to think of waves as natural resources right alongside beaches, minerals, fish, and birds. The resource is used as a pleasure, necessity or business for everyone on earth. Surfing is used as all three things. Not only that, we surfers bring to light many of the issues that arise with regards to pollution and erosion concerns. There are no better people for the job as it is inherently connected to our everyday lifestyle.


The good fortune we've all had of being able to have access to surfing all the beaches along the shores of the Outer Banks has created many life long memories for tens of thousands of surfers and families who enjoy the area for all of its different resources. Many of the surfers I've been there with over the years are avid birdwatchers (which I find funny) and almost all of them are fishermen. Any day without surf is quickly filled with fishing and a freshly caught dinner.


I truly hope that surfing and waves and their beach access is equally considered in the decisions regarding the Outer Banks future. The Lighthouse has stood as a symbol of East Coast, and US, surfing since I can remember and is a mecca for easterners and all US surfers alike. Please consider this fact when determining the future of our sacred destination.


But you can’t count on that type of world championship defense for every break in the US. And as I left the podium, the only thing echoing between my ears was if these meetings were just one year later, we’d have had hard stats from Hatteras ; the type of real demographic details that may have possibly changed their minds.

So, once again, I’m begging all surfers – not just in NC but everywhere in the entire US – if you haven’t taken the Surf-First survey yet, please do after your next session. That way when some other surfer breaks in trouble –quite possibly yours -- we won’t have to fudge figures. That any surer can simply go online and get them, and convincingly stand up for their own rights to the very resources surfing needs to survive. Maybe next time someone has to speak out for surfer’s rights, they’ll have something concrete to say.
Posted by Matt Walker at 12:45 PM No comments:

WOULD YOU SPEND 15 MINUTES, IF IT MEANT SURFING THE REST OF YOUR LIFE? 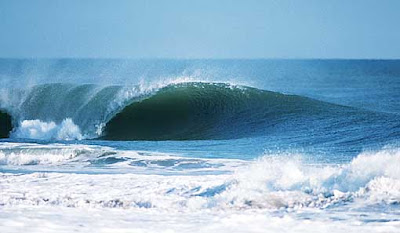 Despite being a 1000-year-old sport with a $7 billion industry, surfing has failed to produce the demographic and economic studies to show who we are, where we live, and what we spend.

So while other interest groups bolster their arguments with economic findings to prove their positions, all-too often, surfers get blindsided and bowled over, unable to offer a single hard number to support their cases or save their breaks.

Not anymore. With your help, we can start to paint a true picture of who surfers are and how we behave. And every surfer who answers provides another stroke of necessary detail. All you need to do is take 15 minutes to fill out the survey. Here's some quick rules:
Visit the survey after your next surf session.
Posted by Chad Nelsen at 9:07 AM No comments: