ANOTHER GIFT THAT WILL KEEP ON GIVING: Surf-First’s Scott Wagner has a holiday present for all of us 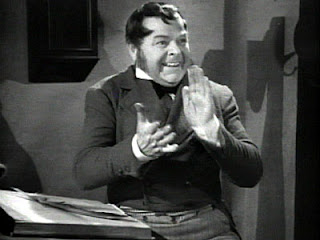 ‘Twas the week before Christmas and not a creature was stirring….except 28-year-old Scott Wagner, who’s busy sorting ages, incomes and other bits from 5600 American waveriders. But Wagner’s no brow-beaten Bob Cratchit. He’s Surf-First’s official new man, helping Surfrider’s Chad Nelsen distill all the data. As an SDSU econ grad student and lifelong San Clemente local, tackling Surf-First’s first survey is a dream job for Scott — and a giant gift for all US surfers, who’ll one day use the info to protect their homebreaks. So cheers to Scott for the holiday overtime — and here’s to even more happy new years to come. Here’s why:

SURF-FIRST: Being from San Clemente, did the role of economics in saving Trestles pique your interest in the project at all?
SCOTT WAGNER: What got me active in the Trestles campaign was just straight-up malice in my San Clemente heart. But I’ve always thought every decision was based on economics — that’s why I pursued my degrees —and I feel like using this information to make a case for conservation on surfing areas is both new and fun. And I think it has a future.

Have you scanned any of the info yet? Anything to report?
I can’t generalize off the top of my head. Over the next couple of weeks I’ll know more. But I can say there’s a wide range of ages, habits and incomes. Actually, one thing I can say is I was surprised to some very high incomes. But I always try to go into these things with no expectations — as cheesy as that sounds.

The two that stuck out to me was seeing an 80-something from — coincidentally — Old Man’s and then a 13 year-old from someplace in Minnesota. How hard will it be to turn that range of user groups into something cohesive?
Well, for now we’re looking at doing summary statistics and describing populations by nation, state, region and surf spot — and with modern statistical programs that’s pretty simple. The most tedious part will be going over everything before inputting the data to make sure we don’t have any crazy responses that don’t belong.

Do we need to worry about you swaying the results?
If I see more than a few responses from 13-year-old kids getting high under lifeguard tower, maybe I’ll erase those. Keep the most respected individuals representing the population. [laughs]

Good work. Now, assuming we get this done by spring, what will you do when you finish up?
Well, I do have another job with the Southwest Consortium for Environmental Research and Policy. I like the whole research field. It’s like those CSI-type investigative shows, but really nerdy and without all the killing and the rape. But I say we just promote the hell out of this thing, then sell the information to make shitload of money, give half of it to Surfrider, then use the rest to go on a killer surf trip.

That would work except for we promised from the very start not to sell any info.
Oh. I didn’t see that part.

Anything else you’d like to say?
Oh yeah — hell, yeah — congrats to Greg Long for winning the Eddie. And congrats to Tanner and Pat Gudauskas and Nate Yeomans for making the WCT. So sick to see San Clemente kicking ass.
Posted by Matt Walker at 5:03 AM